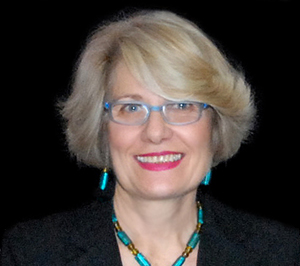 Glorisa J. Canino, Ph.D. Glorisa is a Professor at the School of Medicine, Deanship of Academic Affairs, and the Director of the Behavioral Sciences Research Institute, University of Puerto Rico, School of Medicine. Throughout the last 30 years Dr. Canino has been the principal investigator or co-principal investigator of innumerable research grants funded by several Institutes of the National Institute of Health. She has published substantially in the area of psychometrics and adaptation of instruments to the Latino culture, has published in adult and child psychiatric epidemiology, asthma and mental health services research, the genetics and epigenetics of pediatric asthma and health disparities among Latinos. She has been the principal investigator of three Disparity Centers , two of them funded by the National Institute of Minority Health and Health Disparities and one funded by the National Heart, Lung and Blood Institute. At present she is the principal investigator of 5 RO1’s together with investigators of Columbia and Harvard University. One of these studies is a ten year follow up study to investigate the effect of minority status, in the onset of depressive and anxiety disorders as well as the long term relationship of substance use disorders, risky sexual behavior and sexually transmitted infections and HIV among Puerto Rican populations of San Juan, Puerto Rico and the Bronx, New York. Using this same cohort of participants, Dr. Canino is the principal investigator of two other grants. One is studying the gambling behavior of these youths that have been studied for ten years, and another, is evaluating the cardiovascular health of these same youth. She is also principal investigator of two psychiatric epidemiology studies, one together with Dr. Raul Caetano of alcoholism and its relationship to chronic unemployment, and another study of service use and barriers to care in the island. In addition, together with Dr. Daphne Kionis Mitchell, she is the principal investigator of a study testing a school asthma intervention for children with persistent asthma. Dr. Canino is co-principal investigator together with Dr. Celedon of a study on the epigenetics of pediatric asthma. Dr. Canino has been for the past 20 years a leading Latino researcher and her various research studies have resulted in more than 250 publications in scientific journals. She has been active in the community assuming leadership positions in non- profit organizations mostly dedicated to help poor Puerto Rican children to succeed in school. Dr. Canino has also been dedicated to sponsor and mentor faculty, doctoral and post doctoral students from various Universities in Puerto Rico and abroad.

Is the Director of the Center for Multicultural Mental Health Research and a professor of psychology in the Department of Psychiatry at Harvard Medical School. Dr. Alegria researches mental health services for Latinos and other ethnic populations. She is currently the Principal Investigator of the Advanced Center for Mental Health Disparities, and the Latino arm of the National Latino and Asian American Study, as well as the Co-Principal Investigator of the CHA-UPR Excellence in Partnerships for Community Outreach, Research on Health Disparities and Training (EXPORT) Center. Her published works focus on mental health services research, conceptual and methodological issues with minority populations, risk behaviors, and disparities in service delivery. Dr. Alegria received her Ph.D. from Temple University.

Dr. Celedón’s primary area of research is to identify genetic factors and environmental exposure that influence the development of obstructive airway diseases (asthma and chronic obstructive pulmonary disease (COPD) in general and among Hispanics in particular. Few studies of the genetics of obstructive airway diseases have included Hispanic individuals. To attempt to improve our understanding of the pathogenesis of asthma and COPD in Hispanics, Dr. Celedón currently leads three NIH-funded studies of the genetics of obstructive airway diseases in individuals of Hispanic descent. Two of these studies employ a family-based design to examine the relation between genetic factors and asthma and COPD in an isolated Hispanic population living in the Central Valley of Costa Rica, and the third study uses a case-control design to examine the relation among genes, indoor allergen exposure, and asthma phenotypes among Puerto Rican children. Genome-wide linkage analyses in eight large pedigrees of Costa Rican children with asthma have led to identification of genomic regions likely to contain asthma-susceptibility genes. Fine-mapping association analyses of asthma phenotypes in genomic regions linked to asthma (chromosome 12q24) and serum total immunoglobulin E (chromosome 20p12) are ongoing and could lead to the identification of a susceptibility gene for asthma.

Ms. Vila has been working at the BSRI since 2004 and is its Associate Director. She has a Bachelor degree in Health Education (BS) from the Univesrity of Puerto Rico, Medical Sciences Campus and a Master degree in Health Service Research and Evaluation (MS) from the Graduate School of Public Health at the University of Puerto Rico, Medical Sciences Campus.

Is an Associate Professor, she has been working since 1999 at the Behavioral Sciences Research Institute. Dr. Chavez earned a PhD in Social Experimental Psychology from Tulane University.